Despite what you may think, a "working point" isn't the time you have to be at work in the morning! As a fan manufacturer, we have often noticed that the term "working point" causes confusion. For this reason, we have explained it in this text. - That's useful, because the working point is also the main criterion for selecting the right device in our product finder, which is called "Fanfinder".

The overall fan characteristic curve depends on the fan's construction type, and on other parameters such as air density or fan speed.

The fan characteristic curve shows the pressure increase/decrease (p) in dependency on the flow rate (V), i.e. which flow rate is established for a particular "counter-pressure". It tells you what pressure flow rate values the fan provides.

The system characteristic curve shows how the "counter-pressure" changes in the system, depending on the flow rate, when particular process parameters are set. 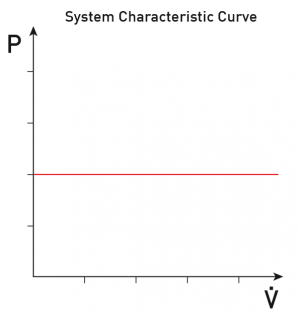 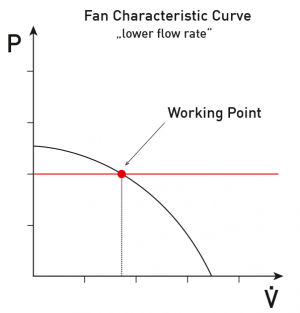 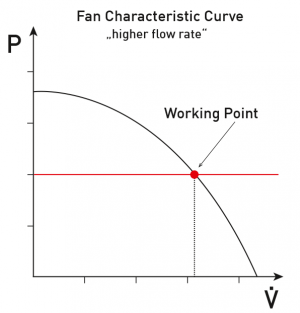 You can enter your required working point (pressure and flow rate) in our convenient, easy-to-use "Fanfinder" intelligent product finder. It then finds the right fans for your application.

Provided the fan you want is available, you can then order it directly in Dietz-motoren's Online Shop.
You can quickly and easily buy up to 9 of our fans there. The major benefit to you is that we process and deliver your fan without delay: you get it within 2 or 3 working days. You can make your payment using a variety of different standard payment types.